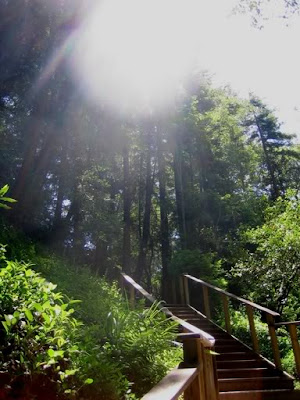 The Return of Indie Pop (Just in Time for Summer)!

Ducktails III Arcade Dynamics (Woodsist) LP - Dreamy post shoegaze from this one man band is more song-based than past releases; ideal for a day by the pool or laying under your favorite shady tree in the cool afternoon breeze. 11 tracks that alternate between barely there instrumental sketches and actual strummy songs that drift by like mossy landscapes seen on riverbanks from inside an inner-tube on a daylong glide down your favorite lazy winding river. Plus there's a song called "Art Vandelay". Possibly the ideal Woodsist release.

Jerusalem and the Starbaskets Dost (De Stijl) LP - This is the second official LP by this awesome duo from Columbus, Missouri and first that's widely available. I actually still have a CD-R that came out on Digitalis's Foxglove series back in '05? '04? Must say they've come a good long way since then, as this fucking ROCKS! Stoned to the bone fuzz anthems one minute ("Pretty Patty"), lost in the West Coast summer heat Byrds worship the next ("First Cigarette In The Morning") and plenty of distorted melodic strange bits and wild eyed jams crammed in the spaces in between. The lazy fuzz groove of "Chinese Rifles", which erupts into an awesome mid-tempo blast off halfway through, is fuzz pop at its finest, but the whole record is a joy to behold every second of its 31 minutes. Highly recommended, in fact!

Low C'mon (Sub Pop) CD - So good to see these veterans back doing what they do best (and sounding more like Galaxie 500 than ever). If you haven't seen the video for "Try To Sleep" by now, then you officially live in a cave somewhere sans wifi. The rest of C'mon may not match that level of narcotic shimmer, but as the title suggests, Low is actually lookin' to have some fun these days. This is almost their Summer record with something like "Witches" (complete with banjo pickin') and the aforementioned gem kicking up to a nice shuffle. Elsewhere they unspool the classic Low formula of simple guitar melodies beneath timeless harmonies. "Done" features syrupy pedal steel. The 8 minute "Nothing But Heart" is Neil Young gone shoegaze and builds to a hair-raising crescendo that you hope will never end. Closer "Something's Turning Over" is just as good. C'mon is Low renewed, at their brightest, and occasionally ready to rock.

Times New Viking Dancer Equired (Merge) CD - A kinder, gentler Times New Viking is still worth my time. The GBV influence is felt more strongly than ever on many of these scruffy pop gems, which just means you might think of Wire or The Clean as well as past TNV anthems when cycling through these 14 tracks. One thing that you wont really find is any annoying feedback or skree to derail the sweet pop parade of gems like "Try Harder", "California Roll", "Fuck Her Tears", or "No Room To Live". Not bad at all.

Woods Sun and Shade (Woodsist) CS - The followup to Woods' awesome At Echo Lake is another sweet groover of hippie psych/indie pop that has enough tuneful moments crammed into its hazy veneer to make it appeal to the Matador crowd just as easily as it does the mushroom brigade. What that means are fuzzy slices of folky pop with hooks galore that nod to West Coast country psych (then and now), The Kinks, Krautrock and even 80s Creation Records (Felt and Jacobites) all wrapped up in a warm, vintage production and doled out at a nice easy pace. Nothing here is revolutionary, but then who really wants to blow anything up? Sit back, relax and enjoy the Sun and Shade.
Posted by Lee at 1:25 PM

Something in building and/or bullshit distribution. Hey Kell...long time no read.

Hey Lee...dropped FB once and for all. Drama. BS. Looking to get back to Tejas fairly soon, but maybe down round Austin way.

That picture should be an LP cover.