Rollin' Out Dem Bloody Bones
Here's some choice cuts that lean towards the grimier side. No dub-step allowed. Keepin' it real, you guyz: 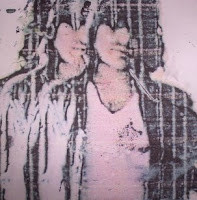 Purling Hiss Purling Hiss (Permanent Records) LP - These Filthydelphia space blasters bring the face-melt sort'a like a cross between San Fransisco's Monoshock and Tokyo's Mainliner. Energy and distortion are completely off the charts on this self titled slab o' squall, replete with vintage wah-wah leads, a goofy sense of humor (one song is called "Almost Washed My Hair") and distorted rhythms that flail about like some drunk guy that can't find his way to the toilet and accidentally stumbles onto the dance floor just in time to let it spew. I recommend throwing this on the turntable at your next dance party if you can find a copy.
Endless Boogie Full House Head (No Quarter) CD - These 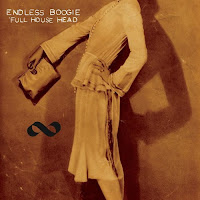 Brooklyn blues hounds are at the top of their game on this their 4th (by my count) long player, second for the awesome No Quarter label. It's tempting to see Endless Boogie as a throwback since they sound like something that could've only emerged from 1972 when the acid had all but dried up while the British Blues Invasion was still visible in the rear view. The MO is one of surging rhythmic precision beneath dueling banjo blues licks (actually played on electric guitars) and gnarled vocal yelps and howls. Raw and sealed tighter than a Vegas dealer's grill, the 'Boogie excels whether kicked out at high velocity in epic distorted globs or slathered on slow like hot butter (check the extended hypnosis of "Slow Creep"). I'd say they just don't make 'em like this anymore, but then that would completely defeat the purpose of this here review. It's nice to have an excuse to really dig on some electric blues again. Work, son!
La Otracina Space Metal Vol. 1 (Colour Sounds) CD-R - Here's another sonic dispatch meant to help sate the masses till Reality Has Got To Die drops on Holy Mountain in a few weeks. Things range from the crunchy cycling mantras of the opener "Snowblazin'" to post Hawkwind Korg whoosh on "Moxoaaoxom" (guess that's actually a 'Dead reference, eh?) and the aggro biker assault of "Twisted Branches." Extra credit points for the sweet Heldon ref in the title of closer "Voyage to Heldonia," a gorgeous prog psych blastoff totally worthy of the name which is also the best thing here. Richard Pinhas is coming to the States this month -- got your tickets yet, Adam? 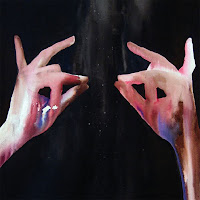 The Mantles Pink Information (Mexican Summer) LP - Classic but raw Paisley Underground inspired West Coast fuzz jangle for pot smokers and melody lovers alike. Back in the '60s they called this psych pop. In the '70s it was power pop. Today I guess I call it classic rock. And if the first four gems weren't enough, closer "Waiting Out the Storm" (no doubt another surfing tribute) sounds like the long lost love child between Yo La Tengo and The Clean. Hummable, infectious good times you can clap along to while your heart sighs and your scruffed surf board rests in a corner. Pink Information is a solid follow-up to their self-titled debut for Siltbreeze. In fact it's better.
Pink Reason Winona (Woodsist) 7" - Pink Reason and the sweet misery. I'm still convinced that PR's Cleaning the Mirror LP (Siltbreeze) will go down in the annals of alienated freakdom as one of the great lost downers of the '00s, and the live experience I enjoyed a cpl years ago remains a defining moment (in my life and theirs, no doubt). With music this good and utterly soul-destroyed the question eventually becomes, just how long can you hold it together? At least long enough for one more defeated howl in the form of this tasty 3 song treat. The title track is a left in the dust folk pop trudge with sad-sack vocals and glazed over harmony hums -- devastatingly great. On the flip behold the detuned skronk pop mastery of "Give Yerself Away," which sounds like Peter Jefferies clanking around in the cellar and approximating his best Ian Curtis, though such a description in no way captures the utterly stoned pop desolation that's conjured. Keep on keepin' on, my sad brothers! Some of us just can't get enough. 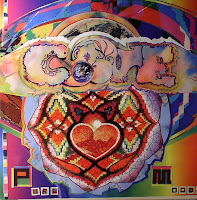 Cave Pure Moods (Drag City) 12" - Cave brings it like few Chicago rockers today (Plastic Crimewave aside). Somewhere between the cycling post-Kraut mantras of Circle and the future-shock drug punk of Oneida you will find the ecstatic Pure Moods of Cave. Experimental and psychedelic in equal measure, Cave's gift comes in its ability to marry so much strangeness with catchy melodies and tight, propulsive dynamics that sing to the inner freak within us all, which it does mighty well on the appropriately titled sidelong "Brigitte's Trip (White Light/White Jazz)."
Puffy Areolas In the Army 81 (Siltbreeze) LP - What is it with them Ohio punks today and their love of slop? The excellently monikered Puffy Areolas are a quintessential Siltbreeze band -- destroyed, in the red fuzz punk with more energy than technical ability (thank goodness), snotty shouted vocals and glue-sniffing acid leads. Every song here is fast and blaring like your Eat Skulls and Times New Vikings, but there's an extra heapin' helpin' of sun-damaged fuzzy muck to properly fog up the receptors and burn out the speakers. "Get Me Out of Houston" is a fucking monster, but I love it all, and they can do it live too. Earplugs optional. 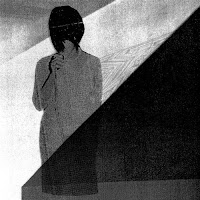 U.S. Girls Go Grey (Siltbreeze) LP - According to Discogs.com, this is the second proper long-player from U.S. Girls, but I'm not entirely sure about that. I saw this band -- one woman actually -- a couple years ago at the Siltbreeze showcase at SXSW, but I had no idea just who or what U.S. Girls was at the time. It was actually one Megan Remy adjusting a bevy of effects pedals while simultaneously singing tales of woebegone and ecstasy your author can't begin to imagine. Speed things up to now and I find myself digging into this newest delectable morsel with ever-growing fascination. I now realize that even back then Remy had already tapped into her own personal tonal paradise where the great songs echoed for eternity and We are all Gods. I have no idea what I'm trying to get at really, other than to say Go Grey is something a sad little masterpiece. Wrap your ears around "Red Ford Radio" and you just may just chance upon the most brilliant post industrial folk pop tune you've heard in a decade. Bury your face in the grimy echo chamber plod of "Sleeping on Glass" and marvel at that moment when coarse bristles of discomfort morph into cold spikes of echoing despair. High drama on the distorted seas, my friends. A truly impressive melding of strange clang and timeless pop melodies.
The Body All the Waters of the Earth Shall Turn to Blood (At A Loss) CD - The Body sounds both familiar and like nothing else out there on the grim horizon. The doom mantras of the riff-driven parts have their precursors in the sludgeiod repetition of later Sleep and Atavist, and there are also the expected lunatic howls. What grabs me is the more traditional vocal parts -- not traditional in the doom sense but traditional in a choral sense. Opener "A Body" floats on a drift of Renaissance era polyphony (courtesy of the Assembly of Light Choir) for what seems like a small eternity (actually 7 mins) before exploding into the more expected stomping sludge onslaught of screeching howls and cursed angel cries. Words don't do the overall effect justice, but it's something to behold all the same. Second track has almost a post rock feel with its steady pulse and distant organ drones, but the skeletal black metal scrawl of the guitars and shifting bass groans make sure things get dark fast. Throw in crushing percussion, some disjointed tape effects and plenty more vocal insanity, you got yourself something undeniably fucked, hypnotic and ritualistic.
Posted by Lee at 5:00 PM 1 comments