Had a grand ol' time this past weekend, first down in Austin for the Castanets/Cross (formerly Warmer Milks; RIP WM!) gig. Got to catch up with some pals and rock obscure Youtube clips all night long while smoking copious amounts of...cigarettes. If you haven't heard Agony Bag, prepare yourselves! And don't just enjoy those tasty visuals, folks. Listen to the song! It rocks!

We then hightailed it over to Houston for the Dead Audio noise fest at Super Happy Fun Land. That place really is pretty incredible. The music was all knob-twiddling, semen-spurting, masturbatory fun. Came home with a big box of tapes 'n' seedeez. More on all that soon...

In this blog I get to talk about three of my current/former favorite bands/artists. And if you know me, you know I'm, like, serious.

First: I'm an old hillbilly hippie from way back. So I'd just like to take a moment to remind folks that it wasn't just the US coastal states that had a monopoly on psychedelic roots perfection in the early '70s. 'Course the use of the word "perfection" throws my whole argument off entirely, as there is no such thing, but if you listen to records like The Byrds' Notorious Byrd Bros or The Band's Music From Big Pink enough times under the right microscope you can trick yourself into thinking that these records are, indeed, perfect. That all the following musical acts in the tiny blip on the cosmic radar that is the history of man will ever only be redundant time wasters at best. That's never really true, but we buy into it all the same. There really was a time I thought I'd never hear another album as imperfectly perfect as Neil Young's Live at the Fillmore East or The Basement Tapes again.

Then I heard this.

Doug Sahm is undeniably one of the very best rockers to ever come from the state of Texas or the US in general. None understood the hypnotic power of a repetitive mind-licking extended jam more thoroughly than Sahm and his guys (whoever they might be on any given night) in the 70s. On this night in 1972 Sir Doug's got some of the coolest cats around lending their skills, including legends like Leon Russell, Jerry and Phil from The Dead and Benny Thurman from the 13th Floor Elevators. The two and a half hour set is comprised mostly of covers from Bill Monroe and Hank to Bo Diddley and The Byrds and so many more. It totally rocks like a motherfucker. I mean this is better than The Basement Tapes. Not kidding. The sound is a little "eh". but it wont be an issue once you get about 2 songs in. This is the holy. Courtesy of The Adios Lounge. Enjoy! 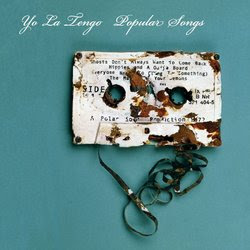 Man I sure dig me some Yo La Tengo. Back in the '90s I thought they could do no wrong. Then I lost interest some in more recent times but still dig a lot of their stuff and own it too."Here to Fall" from the upcoming Popular Songs sounds like a return to classic form if ever there was one. Sweet sister soul strings! Courtesy of Arthur. Downloadable too!

Addendum: Here's a kick ass video for the same song directed by Jim McSwain; first in a series of five. Love the con trail kaleidascopes! (Double click that sucker to get the full aspect ratio.)

And now we return to the imperfection of the universe. The only real constants seem to be entropy, transformation, a frittering kind of precariousness that our minds like to misconstrue as perfection hanging from a thread. Music, film, paintings -- reflections of the truths that are collapsing and building up in and out of us all the time. This may have something to do with why I think "perfect sounding" music is mostly total shit, or at least fraudulent, which could further speak to why i so profoundly appreciate the music of The Dead C. It seems to embody some of these stoned pseudo-philosophical ruminations of mine. Much of who or what The Dead C is still remains a mystery to most, but this sweet video interview with live bits offers some fascinating clues. Watch and learn, kiddies. From Live TV Eye via Ned R. on Facebook.

Happy Summer-time, folkies. Kindly cast your eyes over here if you have not done so as of yet. I have been strangely obsessed with this video ever since first catching a random glimpse a few days back. It manages to invoke images of Summer complete with splotches of bright lights reflecting off the inner lids. So much glorious cymbal crash! Not sure Madonna ever sounded better, though the selection of this particular song for paying tribute almost seems cosmically fated to yours truly. Set that baby to full-screen, volume to max and blast off. MTV used to be really cool. Now I don't know what it is. No fuckin' idea.

Cave Psychic Psummer (Important) - Besides inspiring the title of this here little piece, Chicago's Cave delivers propulsive post Kraut head boogie for those of us who like our disco jams a little less synthetic. Psychic Psummer is a rambunctious blast of galloping beats, pulsing synth, vocal howls and good old fashioned fist-pumping rock 'n' roll that should appeal to fans of Oneida, the Moog, LSD (figuratively speaking, of course!) and blazing hot sun.

White Hills Heads on Fire (Thrill Jockey) - New York's White Hills has been kicking up a dusty racket in the psych underground for a few years now, and I've never been disappointed by any of the uber-limited CD-Rs or tapes I've been lucky enough to hear. In fact I been downright head-smashed and blown away. Then came Thrill Jockey's beautiful reissue of this '07 masterwork, and my skull separated from the rest of my body and went into permanent orbit. You'd be hard pressed to find a more masterful blast of guitar saturated space punk than what's displayed across Heads on Fire from start to finish. Sun kissed head brilliance that lands somewhere between classic Hawkwind and Sabbath but sounds totally in the now and benefits greatly from a rhythm section that kicks mucho ass whether cracking through the earth's crust or gently levitating over its magma sea.

The Sand Pebbles A Thousand Wild Flowers (Double Feature) - Holy shit! I thought these guys were long gone. They released a humdinger of a debut for the esteemed Camera Obscura label some years back and then the followup never came. Never till now, and My Gods, it has been worth the wait! A Thousand Wild Flowers is THE QUINTESSENTIAL SUMMER JAM! You will be hard-pressed to find a more rollicking, vivid, alive, hummable rock tour-de-force in this or any other Summer. Don't know what it is really, but where that first album was the work of young upstarts with a knowing pedigree and capable chops, Wild Flowers is the work of psych punk overlords operating at full capacity. Many a fave are evoked across the span of its 60 plus min expanse: Velvet Underground (always), Television, XTC, Spacemen 3, hell, even The Clean, yet throughout The Sand Pebbles maintain a ridiculously infectious sound that's entirely their own. Features a searing twin guitar front and lyrical content that strikes just the right balance between mind-swept psychedelic oblivian and orgasmic sexual revelry. It's a psych punk bliss out!

Black Sun Ensemble Across The Sea Of Id: The Way To Eden (Camera Obscura) - Funny thing - there's a song on the above Sand Pebbles album that's actually entitled "Black Sun Ensemble." I can only take this as homage, and it's fitting. If ever there was a band devoted to getting cooked in the desert it's Tucson's Black Sun Ensemble. This most recent CD from the long-running psych ensemble finds them returinng all the way back to 1985 and their self released/titled debut in style and tone with lead guitarist Jesus Aceda smearing his acid fried electric leads over a languid folk rock backdrop to brilliant effect. This is BSE in mellow/subdued mood with slight effects hovering over wind-swept dunes of the southwest in the lotus position. A fine soundtrack for watching the sun go down (or disappear entirely).

I'd also like to acknowledge the passing of two icons of my youth. You know which ones, Farrah and Michael. Sky Saxon too, though I wasn't really aware of him when I was a little squirt. I'm not the biggest Kevin Smith fan, but this is kinda sweet. 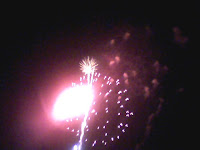 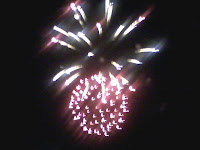 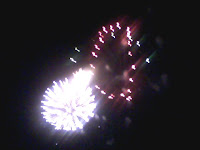 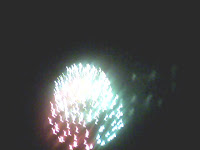 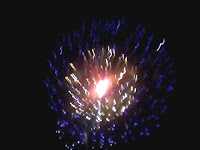