GOOD PEOPLE! I have missed you. I have missed this glorious blogosphere as well. Back just in time for zombie-wolves-ghosts-goblins-and-witches day. I have a rather perverse appreciation for the macabre, deformed and disturbed, and I'm completely stoked about the happening at The House of Tinnitus tonight, which will feature non-stop drones, performances, projections, costumes and more. Hope they have a smoke machine!

DEAD ECHOES WILL BE THE PRODUCT OF 6 HOURS OF CONSTANT DRONE PROJECTED FROM THE MINDS/BODIES OF THE FOLLOWING TX ARTISTS:

OVEO (Denton)
Improvisational collaboration between jamo of Sparrow/Hawk? and Andrew Michael of DentonÂ’s You Are the Universe!. A clattering and seductive medley of feedback, tape loops, and slow-moving horror soundtrack rhythms

S.D.S. (Dallas)
aka Shortwave Death System
Mysterious experimental scene veteran using showtave and loop station; one of the only people in the area to have seen :zoviet*france: live

visual projections by Paul Baker, known for his work with Sub Oslo and at the Strategies of Beauty festival this summer at Rubber Gloves

Here's a preview from the Dallas Observer scribed by Michael from iDi*amin and Zanzibar Snails.

A Special Halloween Playlist of music that goes drone in the night.

irr.app.(ext.) Dust Pincher Appliances (Crouton Music) -- Just the album title sends a shiver down the spine. Something that shouldn't be is wandering about the domestic space. This is the score to a surrealist cinematic nightmare. A strong debt to Nurse With Wound looms, but irr.app.(ext.) infuses its gothic constructions with a unique sense of the macabre meets minimal aural unease and comes off sounding like Bernard Herrmann's (Citizen Kane, Vertigo, Psycho, The Birds and countless others) classic filmscores colliding with cut-up production and processed electronic noise. You will not hear a more bizarre (or organic) soundtrack album than this. Would likely play well as the score to David Lynch's Eraserhead.

Nurse With Wound Salt Marie Celeste (United Dairies) -- As mentioned above NWW is a pretty heavy influence on what irr.app.(ext.) is up to, but this revolving paranormal investigation unit has been doing it a lot longer and has its own dadaist/cryptic musical inspirations. Trip thing about this 2003 release is it's NWW at their most dreadful and chilling. Don't remember the full story off hand, but the combination here of bizarre, isolated found sounds and menacing low end feedback hums invokes one of the most static, endlessly spiraling minimal nightmares in NWW's long and varied discography. And yep, it's perfect for your next haunted house acid trip. Of course many NWW albums could find their way into a list such as this one, but Salt Marie Celeste reserves its own special place in the world of oozing nightmare drone. And it's creepy.

Spires That in the Sunset Rise This is Fire (Secret Eye) -- Slight tone shift here, but not so much. The Spires' third album is a masterpiece in their already mind-boggling and totally unique musical ouvre. With This is Fire, the all femme quartet takes another step away from the scattered pagan howls and freakouts of their incredible self-titled debut (The Slits plays Comus?) towards the realm of pure psychedelic mysticism. This album has a kind of blissful lost quality that hearkens back to my favorite albums by Nico and Brigitte Fontaine, only these Chigago sirens choose a barrage of ethnic and traditional instruments as weapons of choice within a minimal, dare I say, post punk approach that utilyzes sinister melodies that are as compelling as they are strange. Perfect for hazy candle-lit parlours and spectral meditation. BEST of '06 stuff here, folks. 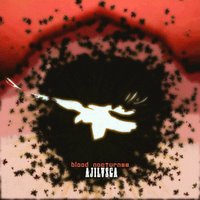 Ajilvsga Blood Nocturnes (Deep Water) -- The first horror punk record from the Deep Water soul psych compound. Ok, that was a joke. This is actually Brad Rose and Nathan Young's ambient doom duo (no idea how the band name's pronounced) and it's not as bleak as most of the albums in this list, though "Caustic" is likely the first slice of "ethnic doom" I've had the pleasure of hearing, and it is fucking heavy, baby. Heavy like on an existential plane. Lots of sludge here too, isolationist production value, and it's even genuinely pretty in spots. Last track "Torched" is my favorite of the bunch--ten minutes of jagged looped distortion and thorazine riffing to infinity.

Boris AbsoluteGo [Special Low Frequency Version] (Southern Lord) -- Thee uberdoom nightmare sludge metal behemoth. Strange to think this is the album that started it all. AbsoluteGo remains a pinnacle of disturbed, steamrolling, bottom-end mayhem that actually rocks. A source document in the genre of satanic drone and a direct blood relation to what Sunno))) and their myriad black cloaked followers would take to new heights of grimness in the '00 void.

Ghoul Raping Soul (Battlecruiser) -- 20 mins of looping, lurching aural menace and cavernous, subterranean drones that I once described as "black oil shat directly from Satan's asshole." I'm a sick fuck. Ghoul reels in the noise and ratchets up the creeping-crawling tension and makes me think of rats festering in the corner of a dark cellar in an old castle situated near the edge of Fangorn Forest, among other things. A fine soundtrack for tormenting the neighborhood kids and cute baby animals.

Xasthur Nocturnal Poisoning (Blood Fire Death) -- Xasthur is a trip. This is his/their first album. It sounds sort of like early Cure playing black metal. Now black metal is traditionally a fairly ridiculous genre, but Xasthur kicks ass. This is morbid, wasted, mesmorizing riff rock. It's fucking cool. Every song sounds like a drone metal ballad for some witch goddess of the night. It's ridiculous and really cool on Halloween.

Current 93 Dogs Blood Rising (Laylah) -- An oldie but a goodie. DBR plays like a surreal crypto-fascist passion play for the evil that men do, or maybe it's just a kind of sonic exorcism for the soul. Primal, grim, car-wreck industrial torment that you can cut yourself to. Steve Ignorant (Crass), Steven Stapleton (Nurse With Wound), John Balance (Coil), David Tibet on the same record. The year is 1984. You know this shit is fucked up.

Current 93 Faust (United Durtro) -- Why not? The soundtrack to Count Steinbeck's story of the same name, published for the first time in the liners. This is C93 in peak night-time creep-out mode with a shape-shifting barrage of squiggly low drones, shreiks, massed whispers, children's voices, demonic howls and satanic groans coming from all sides. Stapleton's fingerprints are all over the place. This is the kind of record I only dare play once a year, at the demonic hour (3 AM of course) in complete darkness. In the immortal words of Rod Stewart, tonight's the night.

Black Boned Angel Bliss & Void Inseperable (20 Buck Spin) -- Campbell Kneale (Birchville Cat Motel) is also the guy behind Ghoul (and a dozen or so other "black metal influenced" drone/noise projects), but BBA is like what BCM is to his more cosmically atuned sound-scaping persona. This is the dark void from which all of Kneale's most tormented aural tendencies emanate. Bliss & Void is a definitive slice of ominous bass minimalism cum doom slowly divulged across one unforgettable hour of subharmonic dread and drone. Kneale has a gift for containing grief and frosted despair as compelling musical odes to the great bottomless nothing. Calm and bleak in the same breath. This is a microtonal void...the 9th circle of hell...cracked shards of black ice...one of the most satisfying dark noise epics of '06.

Wolf Eyes Dead Hills (Troubleman Unlimited) -- For Wolf Eyes Halloween is basically every day, but it's not a Halloween in the zombies and witches sense as much as these lads recognize that we as a "modern, enlightened society" reside in a kind of hell on earth where decay, exploitation, domination and death are the rule more than the exception. Wish it weren't so kids, but just take a closer look without flinching. Wolf Eyes comes from the same classic socio-critical perspective as early Napalm Death and Negative Approach, but they run their distorted hate shreiks through a warped prism of oozing, pulsing early industrial drones. Nurse With Wound, HNAS, SPK to name a few are possible influences on the primitive electronic murk of Dead Hills. Barren wastelands for the dying soul in us all.
Posted by Lee at 11:15 PM 0 comments