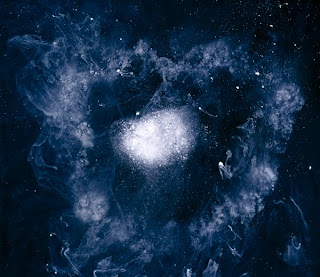 Swans My Father Will Guide Me Up A Rope To the Sky [Special Edition] 2CD (Young God)
I wasn't too surprised when Michael Gira announced that he was reviving the Swans project once more. The world's all messed up again, but then maybe it always was. Demons need exorcising. Imbalances needs balancing. My Father Will Guide me Up a Rope to the Sky (yeah, I like it too) is Gira's latest attempt at contemplating such dilemmas, and despite the familiarity of his voice and approach, it comes from a place further along his unique musical path.
Despite the Swans stamp on the spine, one really can't overlook the past 10 years of Gira's recorded output, and the leaps he's made as a songwriter and composer since introducing the world to the more translucent Angels of Light. 'Course, Swans sound pretty hot on Soundtracks for the Blind, and those Body Lovers and Body Haters discs still rank as some of Gira's finest aural concoctions to date, but for me it was the discovery of the more soulful, trad-fixated folk rock of the Angels that revealed a truly complete artist, offering a nice counterpoint to the atmospheric assaults of the earliest (best) Swans recordings at the same time. That's in no way meant to short-change the invaluable contributions of Gira's collaborators over the years. Some are present and accounted for here, including Thor Harris and Phil Puleo on drums and percussion, Bill Reiflen on bass and other instruments, and long time Swans mainstay Norman Westberg on guitar along with a host of other contributors playing everything from jew's harp to trombone and violin. Gira's adorable daughter even gets in on the fun with a little spoken singing.
The songs themselves are a potent mix of late period Swans and the softer, more somber works of Angels in Light. What's worth noting is the heavier dynamics of a few tracks, combining the brutality of the earlier Swans with the seasoned compositional quality of their late '90s work. In the case of opener "No Words/No Thoughts," the repetitious throb is in full effect with pummeling rhythms swelling amid a torrent of shrieking horns and guitars before down-shifting into a brooding slow burn with Gira's unmistakable vocal front and center, excoriating all men for the sin of thinking at all. Now that's killing the problem at its source!
Other places we get the goth country one-two punch of "Jim" and "My Birth," both closer to the latest Angels of Light records, not a bad thing at all. Then there's the lovely "You Fucking People Make Me Sick" which opens on a trickle of bouncing jaw's harp and tremolous strings before the voice of an angel signals the apocalypse and all hell breaks loose with shrieking brass screams and thunderous percussive rolls. Genuinely fucked. Nice of them to wrap things up with the mellow shuffle of "Little Mouth," a foreboding kiss goodnight before a tumultuous night's sleep.
If you're serious about the noisier aspects of Gira and company's oeuvre, do yourself a favor and get the 2CD version for its inclusion of "Look At Me Go" (christened such by Gira's daughter), an extended suite of trickling pianos, searing guitars, power drones and more all mangled and squeezed from the original source tapes into something much more formless and miasmic. It may very will be the # 3 hinted at but never delivered by the title of the Body Lovers' first album, One of Three, but it's still all Swans. Not bad at all or their first missive in 12 years.
Posted by Lee at 11:15 AM

In a year of too many "goodbye" records, it was nice hearing a few that played more like "everything-we've-learned". Gira via Swans as well as that s/t B-Pond both epitomize that latter approach. I doubt Bardo's on that Metal map, but they're certainly as monolithic as anything on it.

Keep it coming. The Womb's a vital map, too, ya know.