Note to self: Do not get busted for murder in the twilight of life. Mug shot may resemble a popular character from the Lord of the Rings. That being said, "River Deep, Mountain High," baby! 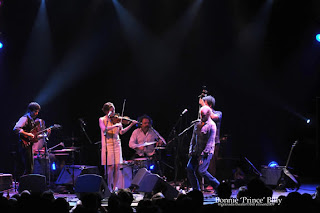 Just a few more tidbits I wanted to pass on: I was honored to finally get to see Will Oldham via his Bonnie Prince Billy guise in a live setting. Pretty sure the last time he came through the DFW area was well over 10 years ago and maybe 16 folks turned out for the event, and I wasn't one of them. This time he was treated like royalty with a packed house at the Granada, an old converted movie theater/performance space complete with balcony. Will seemed impressed and in good spirits. 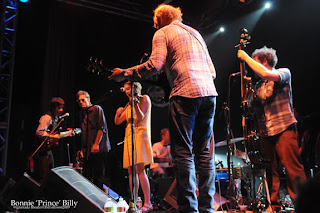 Two surreal moments: walking by Oldham and his band sprawled out on a carpet in the parking lot behind The Granada, Oldham dressed in matching orange t-shirt and shorts with pink socks, discussing the merits of the film, Sisterhood of the Traveling Pants; realizing that the disheveled barefoot drummer playing with his band is actually Jim White of the Dirty Three, one of the finest impressionistic skin doctors on the live stage today. The set was phenomenal, drawing from 15 years of releases, with heavy emphasis on the recent Guilty (Palace). Worth every bit of the $15 entry fee, though The Howling Hex disappointed a bit with its stripped down three piece folk blues thing. Gimme mo boogie, Neil. Here's a great live clip of the last song (pics and video courtesy of Granada Theater).


Two days later, Portland's Wolves in the Throne Room delivered exactly what was expected at Rubber Gloves -- 90 mins of epic ether-slashing trance metal. Here's one of those bands that's a bit of a one trick pony, sure, but they still somehow manage to be true, to rock hard with an unsettling drone undercurrent that can only be described as metalgaze, which is in fact a real genre, though very few of its practitioners have really captured my imagination the way Wolves have. "A Looming Resonance" from the recent Malevolent Grain EP is one of the finest examples of this "metalgaze" I've come across yet, but it was not played this night, sad to say. Awesome track though. Also got to see Vorvadoss opening, and Embolization, two different bands sharing the same rhythm section. Vorvadoss are all screamy blackened prog thrash (but don't tell 'em I said that!), while Embolization is more a back to basics blackened thrash sort of trio with cool metal songs about bad acid trips. Darkthrone loving potheads will love it.

Oh yeah, Thurston Moore is a black metal fan. What a shock! Not really. Here's an amusing/informative Q&A with Master Moore, courtesy of Decibel Magazine, in which he explains why black metal is better than death metal and ties it all together thematically while namedropping some of my faves of the genre in the process.


And: Cool to see Yeti back in action with #7 of the esteemed mag (which is as thick as a brick) hitting the shelves at all cool record stores everywhere. Interviews/articles on Jim Woodring (his The Frank Book is the best surrealist coffee-table book I've come across), Abner Jay, Jack Rose, Wooden Shjips, the great writer, Rudy Wurlitzer (responsible for the screenplay of one of my favorite movies, Two Lane Blacktop, among many other counter-cultural oddities). The included CD is chock-full of psychedelic 'n' weird punk 'n' blues including Jay, The Great Unwashed, Grouper, Eternal Tapestry and so on. Essential reading and listening here, folks!


And also: Thanks for the promos! Rest assured they will all (mostly) get their proper due here, but right now it's just me that covers it all so bear with and thanks for your patience! More importantly, thanks for the music!


And also also: I love me some Tiny Mix Tapes, with its diverse and informative coverage of alt sights and sounds from all over. Recent interviews with such Womblife approved tone-makers as Grouper, Akron/Family -- love the new one, boys! -- and La Otracina (among others) prove that their hearts and heads are in the right place. 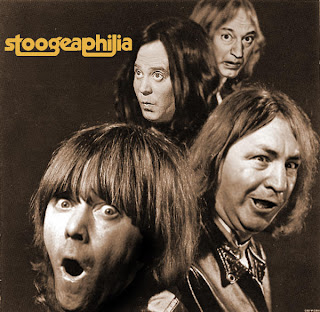 And also also also: Want to give a shout-out here to Ft Worth musician/journalist Ken Shimamoto, who I bonded with a couple months back at the No Idea fest over a passionate Stooges discussion. This was right after Ron Asheton had died. Come to find "what ya know?", Ken is guitarist in a Stooges cover band called Stoogeaphelia and a more Kraut-inspired psych improve unit called Pffft that kicks mucho butt as well. He recently wrote this very fine round up of DFW area weird sounds circa now which delves deeply into a lot of the local musicians and haunts I've been digging on lately. Published in Ft. Worth Weekly. He also writes great articles about other things of interest musically speaking, including the blues, Miles, P-Funk and more on his Myspace blog. Highly recommendable reading!


What else, seen a few more movies recently and have this to report: Up is great, a visual wonder to behold and a sweet ode to friendship and adventure. Gotta love Ed Asner in anything at all. Drag Me to Hell is the most wild thing Sam Raimi and his brother have done since Army of Darkness, though it's closer to the early Evil Dead movies in tone and execution. See it on a big screen so the Dolby sound system can tear your face off! Thumbs up, indeed! And what about this odd little bio-pic, What We Do Is Secret? It's a faithful telling of the story of Darby Crash and his Germs that never bites off more than it can chew. Modest but effecting, and ultimately it just might be one of the best narrative rock movies to come down the chute in a decade. You decide and stuff.
Posted by Lee at 1:21 AM

I reckon I like the way you talk, mhmm.

I really want to get my paws on that new Yeti, yet I fear it touching off a compulsive need to collect yet another thing. Still, Woodring, A.J.,Two-Lane... That's some spread.

Happy summer gig-going...you're off to a fine start. Keep the updates coming!