She and Me Fall Together... 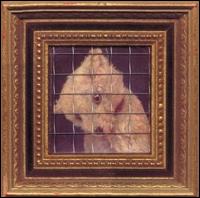 Quite enjoyed the KFJC special on Nurse With Wound yesterday, courtesy of the very fine Psychoacoustic Soundclash with Nozmo King. If you missed it, you missed guest DJ Matt Waldron (aka irr. app. (ext)) expound on his incredibly cool record collection, but more interestingly, on the confounding labyrinth that is the Nurse With Wound discography, and Steve Stapleton's odd impulse to constantly revise, remix, reissue and rethink his previous works. Ever the painterly jazz architect is he. A big part of what I dig about this strange electro/acoustic noise collage is the fact that Stapleton and chosen cohorts (Colin Potter, Diana Rogerson, David Tibet, Peat Bog, etc) create such a compelling and living aural mythology. These albums take you on trips to places not dreamt since your earliest nightmare memories, when dragons and seamonsters were much more than just...dragons and seamonsters. The more I hear, the more I realize that in order to truly enter this world of "eerie trippy sounds" the listener needs to explore each album as chapters in a larger shapeshifting sound book whose closest literary equivalent might be something like Naked Lunch. It can be a daunting task though, I admit. Waldron also talked of performing with Stapleton, the recent Angry Electric Finger CD (United Dairies) and soon to be released 3LP and Stapleton and Potter's sound expeditions above the Arctic Circle; click here for more on that one. Cold, indeed. And most exciting (to me) is the news that NWW and Current 93 will play a small west coast tour in the US in early 05. Nurse hasn't played live in almost 20 years, since a fairly disastrous European tour, the fruits of which can be heard on Live at the Bar Maldoror, (United Dairies) which confirms a certain lack of...energy? Nurse is a different "band" now though. The idea of live performance is thrilling in a way I can't really communicate. So...I hope it all works out!